Searches for “anxiety tics” are on the rise, with more people searching for answers about tics and tic-like behavior associated with anxiety. But are anxiety tics really a thing?

We’ll examine the medical definitions of tics, discuss some colloquial misnomers (ex. ‘nervous tics’), and talk about how anxiety fits into all of this.

What are anxiety tics?

Before we dive into “anxiety tics”, let’s define tics quickly.

Tics are involuntary, repetitive movements or vocalizations. We all have them to some extent; however, when they become excessive and start to interfere with our everyday lives, they may be a sign of a more serious underlying condition.

When people ask about anxiety tics specifically, they are most likely referring to tic disorders co-occurring with an obsessive-compulsive disorder or anxiety twitches.

So whereas there is not a specific “anxiety” tic, people who suffer from tic disorders have a statistically high likelihood of having a co-occurring anxiety disorder like OCD or GAD.

This accounts for much of the confusion or misuse of the term “anxiety tics.”

When people talk about anxiety tics, it’s also possible they are referring to what we colloquially call nervous tics.

Nervous tics are often physical manifestations of stress or anxiety. They’re usually harmless and temporary, although they can be annoying. Some common examples of what people call nervous tics include:

Here’s the thing, though. “Nervous tics” is a bit of a misnomer. In actuality, people are most likely experiencing twitches.

Although anxiety tics are not technically a thing, anxiety twitching certainly is. Anxiety twitches are involuntary muscle movements that are triggered by stress and anxiety. A common example is eye twitching under stress.

These twitches typically go away on their own and mostly serve as a warning signal that anxiety levels are too high and need to be managed.

Twitches and tics are both involuntary movements that occur for very different reasons.

We can usually identify twitches because they are closely connected to our emotions. We know we’re stressed and when our eye starts to twitch we know it’s because we’re stressed out and need to relax.

Tics, on the other hand, feel different. Children with tics can feel the movement coming on and there is a sense of relief that happens after the tic occurs, like scratching an itch.

We aren’t sure why tics occur, but we can usually trace twitches back to things like stress, too much caffeine, a lack of sleep, etc.

Sometimes tics and compulsions can overlap into a weird gray area that has been dubbed “Just Right” OCD, or Tourettic OCD.

When a person has Tourettic OCD, they are not driven by fears as is the case with more traditional OCD. Rather, their compulsions are more sensory in nature. It gets its nickname from the intense feeling that unless they perform their ritual or behavior, something will not feel right. The feeling of “not rightness” will only intensify the longer the compulsion is ignored.

It is a deeply intense and uncomfortable feeling. But the behaviors employed to get relief are still compulsions, not tics.

It’s important to note the difference between a tic and compulsion. Tics are much more tactile than compulsions.

They are preceded by a physical urge (like an itch that needs to be scratched).

Compulsions are much more emotional in nature. They produce an unwanted feeling that does not go away until the ritual or behavior is completed. An example is being unable to leave your house until you’ve checked the stove 10 times. If you attempt to do it, you’ll be so overwhelmed by a fear that the house will burn down that you can’t think or do anything else.

Can anxiety cause tics?

No, anxiety cannot cause tics. But tic disorders can, and often do, co-occur with anxiety disorders, especially obsessive-compulsive disorder (OCD).

Anxiety twitches are caused by overzealous neurotransmitters that go a bit haywire when we feel anxious, telling our body to move when there’s no reason to do so.

Are tics from anxiety normal?

Anxiety twitches are normal. However, tic disorders are abnormal, and not caused by anxiety. It is very possible to suffer from both a tic disorder, like Tourette’s Syndrome and an anxiety disorder.

What are the most common types of anxiety tics?

There are no anxiety tics, but common anxiety twitches include:

How do I know if I have tics?

If you have tics, you will likely be aware of it. Tics are abrupt, repetitive movements that are difficult to control. They can be motor (involving movement) or vocal (involving sound).

A good way to determine if you have a tic is to ask yourself the following questions:

If you answered yes to all of these questions, you may have a tic and should speak to your doctor to get an official diagnosis and discuss treatment options.

A tic can feel like a sudden jerking movement or noise that is difficult to control. You may feel an intense urge to make the movement or sound, and you may experience relief after making it.

Contrary to what some may think, you can feel the tic coming on, unlike twitches which can occur randomly and without warning.

How do you get rid of anxiety tics?

Anxiety tics aren’t a thing, but anxiety twitches can be managed by lowering your stress levels and managing your anxiety more effectively.

In short, no. But that doesn’t mean that anxiety doesn’t have some strange, physical symptoms or that there is no relationship between tic disorders and anxiety disorders, specifically obsessive-compulsive disorder. The most important thing is that you consult with a doctor if you think you may be suffering from either. Early treatment is truly the best plan.

Soberish is proudly sponsored by BetterHelp. If you have tried (and failed) to find a therapist with the knowledge and background to help you navigate your specific issues, try BetterHelp. Learn more about my counseling journey with BetterHelp or visit their website below. 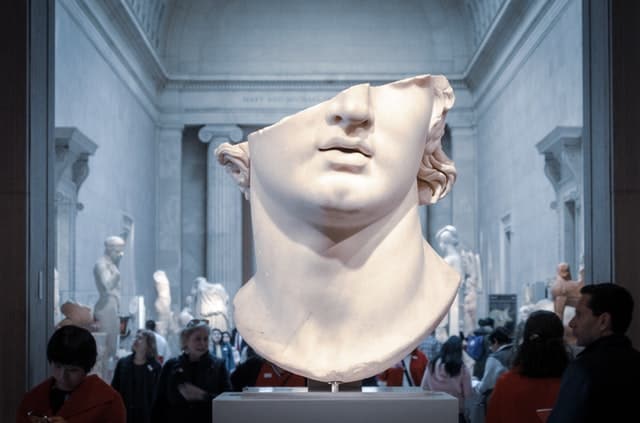 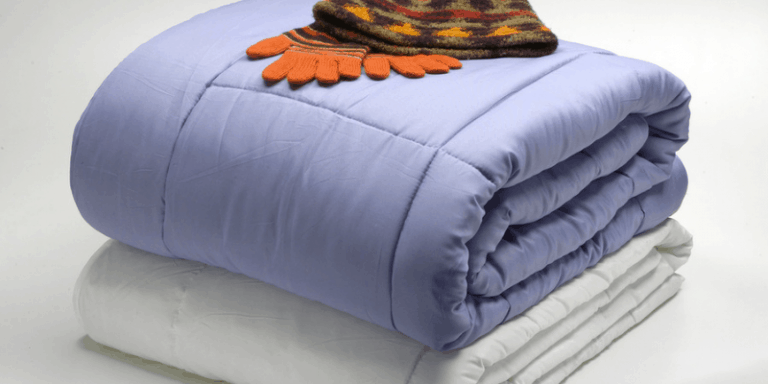 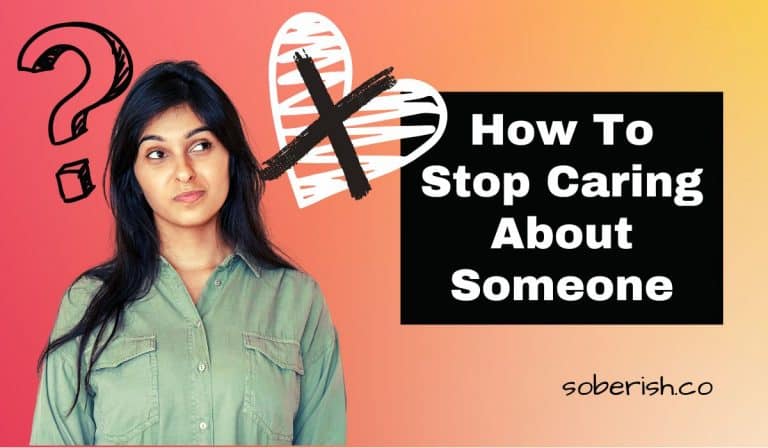 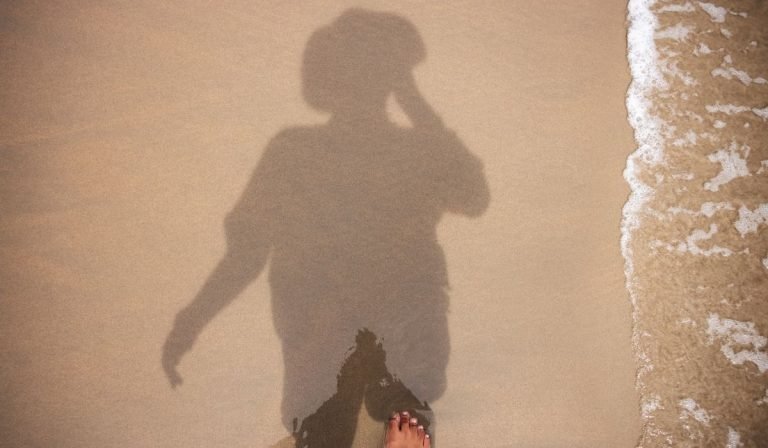 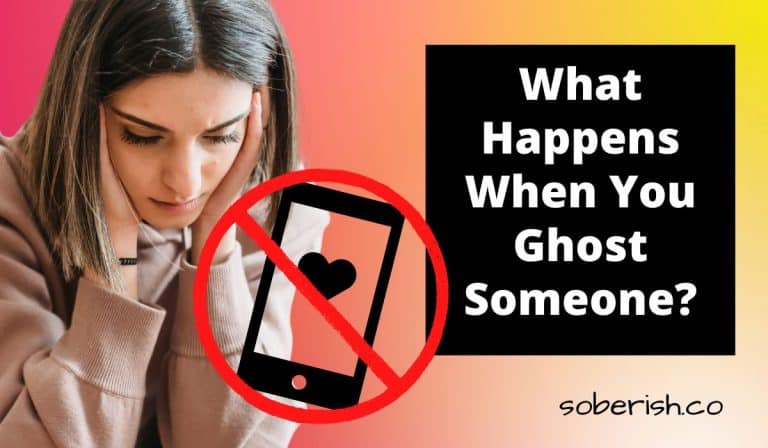 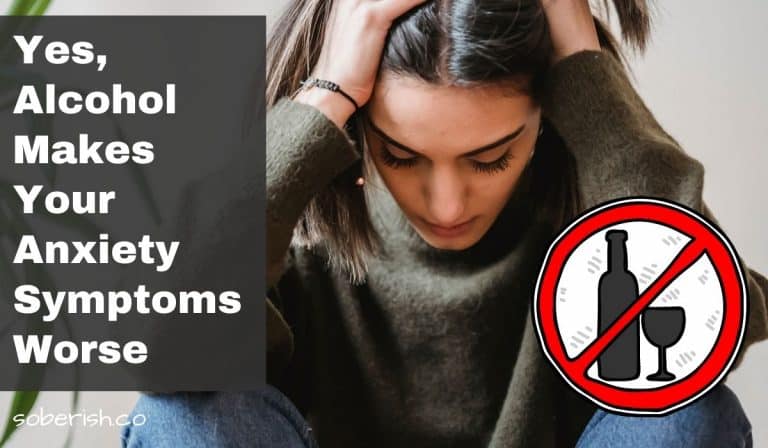