Historians believe human beings have been drinking wine for nearly 8,000 years. And in that time, we have unearthed a variety of supposed benefits.

Red wine is purported to contain antioxidants that are protective against coronary artery disease and raise HDL levels (“good” cholesterol).

Resveratrol from the skin of grapes used to make wine is supposed to help lower bad cholesterol and reduce the formation of blood clots.

But what if I told you the research that has uncovered these benefits is largely mixed and inconclusive?

What if the potential risks of drinking even one glass of wine per night far outweighed any benefit?

Is drinking a bottle of wine a day bad for you?

In a word, yes. Drinking a bottle of wine a day will harm your physical and mental health in profoundly negative ways. It can lead to:

We’ve been told that wine is the exception to the rule, that it is somehow healthy. Some researchers have gone so far as to say that drinking moderate amounts of wine is healthier than not drinking wine at all.

It’s a rather convenient “fact” used by wine companies and news publishers to drive clicks and sales.

How much alcohol is in a bottle of wine?

First, let’s acknowledge that an entire bottle of wine is a lot of alcohol. A 750 ml bottle of 12% ABV wine contains nine units of alcohol.

Even if we were to accept the premise (which I do not) that there is a safe amount of alcohol we can consume, nine units is far beyond the acceptable limit for both men and women.

Most health organizations, including the CDC and WHO, define a safe quantity of alcohol as one unit per day for women and two units per day for men.

If you don’t mind triggering an inflammatory response in your body, raising cortisol levels, becoming more habitual and impulsive, or increasing your stress levels, then you could consider drinking 1-2 units of alcohol per day.

On the other hand, if any of those things sound unappealing, you may want to re-evaluate chronic drinking at any amount.

The science on “safe” amounts of alcohol is changing:

In 2018, The Lancet published a study that refuted the idea of a safe or beneficial amount of alcohol.

Their research found that the protective effects of alcohol on some diseases, like ischaemic heart disease and diabetes, are offset by the increased risk of cancer from daily drinking at any quantity.

Scientists are re-evaluating previous guidelines that claimed moderate drinking (defined as no more than one drink per day for women or two drinks per day for men) have protective benefits, acknowledging that it’s impossible to conclude if these benefits are from the alcohol itself or other genetic or lifestyle factors that distinguish moderate drinkers from those who don’t.

Health risks of having one drink per day:

Having a bottle of wine to drink each day certainly falls under the umbrella of heavy drinking. If you’re thinking of cutting down to just one drink per day, there are still risks you should know about.

A recently published study of 36,000 from the University of Pennsylvania showed that drinking one alcoholic drink per day was linked to a reduction in overall brain volume.

At two units per day (i.e., one pint of beer), researchers observed changes in the brain that equaled two years of aging. Those changes become more pronounced as consumption levels increase.

Dr. Andrew Huberman is a Neuroscience Professor at Stanford University and host of the podcast Huberman Lab. One of his most popular podcast episodes of 2022 was about the effects of alcohol on the brain and body.

I’ll add the video in this section, but what’s most important to note is that many of the negative effects he discusses occur with surprisingly low alcohol consumption. In many cases, even one unit of alcohol per day can cause these effects:

All of these effects can happen when you drink, on average, a glass or two of wine per day. If you drink an entire bottle, your risks increase significantly.

Associated risks of drinking a bottle of wine a day:

If you routinely drink a bottle of wine every night, this qualifies as heavy, chronic drinking. Heavy drinking is defined as 8+ drinks per week for women and 15+ drinks for men.

Depending on the ABV (alcohol by volume) of the wine you drink, a typical bottle of wine contains anywhere from 9 to 12 units per bottle.

If you’re a woman, that means you are exceeding the baseline number for heavy drinking in a single evening. If you’re consuming more than five drinks in a single occasion, which you are if you drink an entire bottle of wine, that is actually considered binge drinking.

In addition to the health risks already stated, drinking a bottle of wine a day puts you at risk for:

The longer you drink heavily, the more at risk you are from developing any number of these issues.

The converse is also true. The sooner you quit drinking or drastically reduce your alcohol intake, the faster your body can recover and the better chance you have at reversing some of the negative effects of drinking.

Related: What Happens When You Quit Drinking For 30 Days?

Does drinking a bottle of wine a day make me an alcoholic?

Not necessarily. Having a physical dependence on alcohol makes you an alcoholic. At that level of consumption, however, it puts you on the higher end of gray area drinking.

It could also signal a deeper problem with alcohol that you should explore with a medical professional. At the very least, consider it a red flag.

If that feels scary or “big” to you, I have resources to help you evaluate your consumption levels, including an alcohol use survey that I will include at the bottom of this post.

These are good starting points if you’re at the beginning stages of questioning your drinking habits.

If you’re reading this right now, I think a part of you is already questioning whether your drinking habits are healthy.

My advice is to talk to someone – a friend, a therapist, or people in a recovery group. Make that first connection and then open yourself up for guidance and feedback, even if it’s something you don’t want to hear.

And if you’re struggling to find that person or group, the Soberish community is always here!

If you think you might have a drinking problem, you can also take the following Alcohol Use Disorder Identification Test (AUDIT).

These questions are similar to what a medical professional would ask you; however, it is not a substitute for medical advice or an official diagnosis. Use this quiz as a tool to examine your drinking patterns. 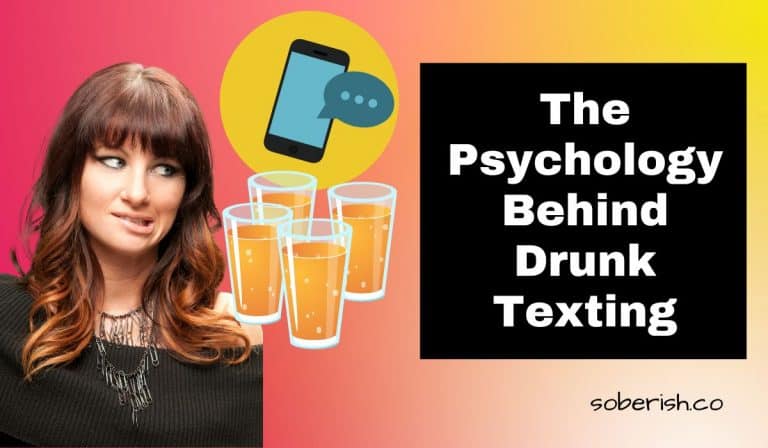 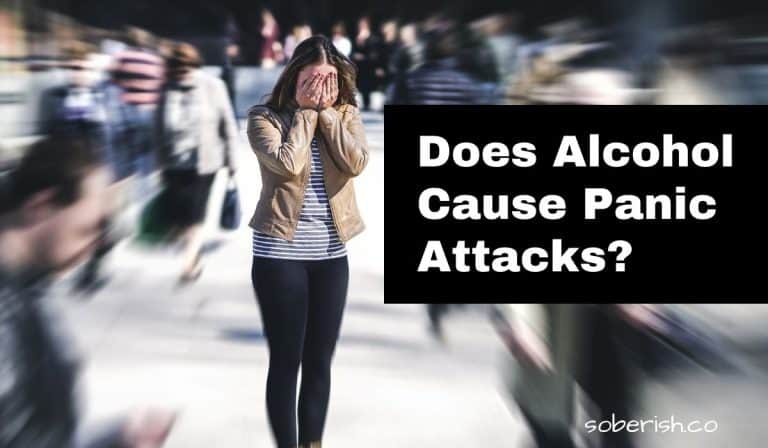 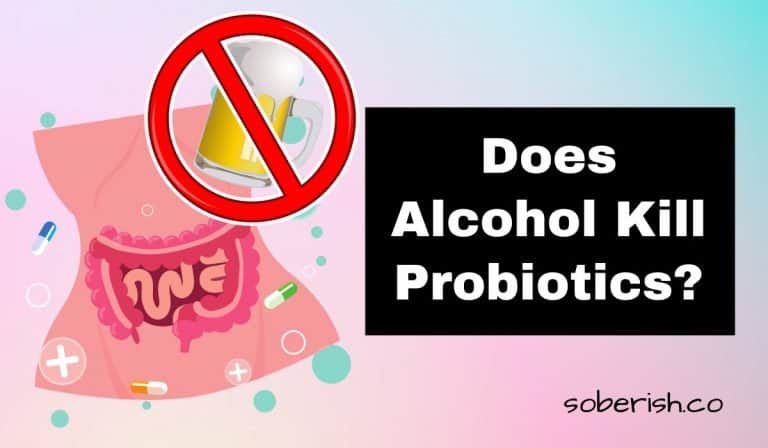 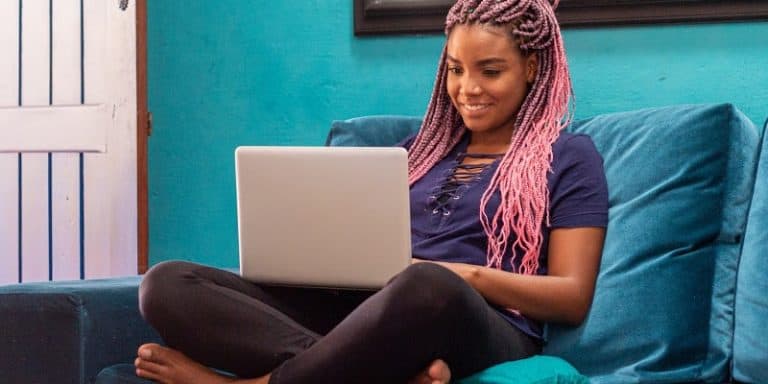 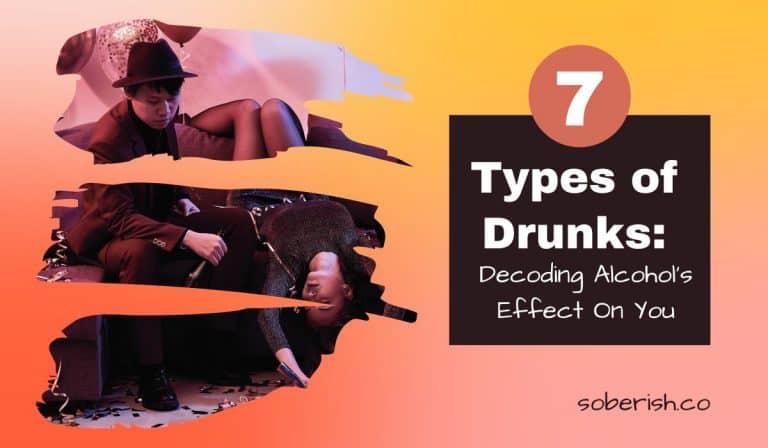 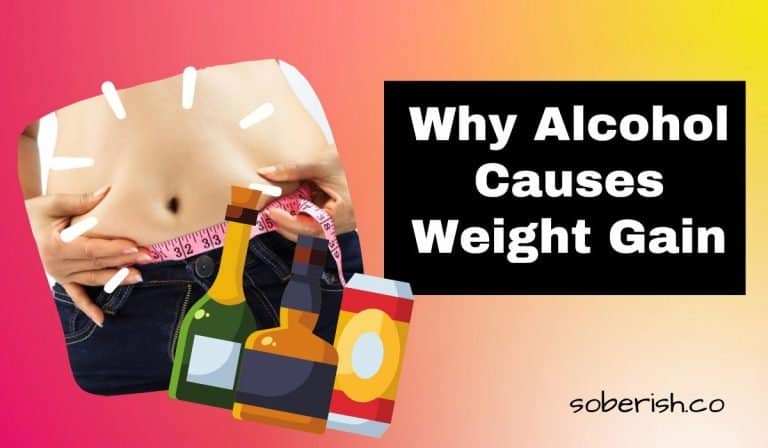