For the vast majority of us, sobriety didn’t “work” on the first attempt. Maybe it didn’t work on the second, third, fourth, or fifth either. So many of us have fallen victim to a cycle of sobriety, relapse, binge, repeat.

Failing is frustrating. We start to build an identity around our failures. Drinking makes us feel like horrible people, and so does our inability to stop.

I get asked a lot how I got sober. It’s a big, heavy question. I’ve always struggled to answer it.

Because I, too, went through YEARS when I could not get it right. Not even close. I’d string together a few days here and there. Maybe even an entire week!

That inner addict voice would start whispering sweet nothings in my ear, tormenting me like Poe’s raven. And I caved. Every single time.

But here I am now, sober for nearly three years. Something changed. But what?

The Mental Shift That Got Me Sober

As I sit here on Day 1 of my latest venture (tackling emotional eating), I realize I’m mentally back in the same place I was in December 2016 when I finally said to myself, “Okay for real this time. Enough.”

How do I know for sure?

Because I’ve been here before and I know what it feels like.

There is an internal shift in thinking that has to occur. When people ask me how I finally quit drinking, I used to say a flip switched in my brain because I genuinely did not know what else to call it. One day, I just decided to give up the fight.

I felt it in my entire body that things needed to change. No more waiting till tomorrow, or the next day, or next week to start. It has to be now.

How Do You Get There?

So that’s all well and good, but I can’t honestly expect to tell people to keep struggling and hope one day the “switch” flips for them.

I don’t know how it works, friends, but good luck to you!

No. That’s not useful at all. So I’ve wrestled with how to put into words the emotional and mental process I went through to get to long term sobriety. And then the other night, it came to me. The big epiphany!

You ready? Here it is:

That was the tipping point for me. And let’s be honest, both feel horrible. But you reach a point where the guilt, shame, and anguish of failing YET AGAIN hurts more than the crazy-making fixation of craving a drink.

A reader pointed out that saying this seems like I am oversimplifying the issue or ignoring the science of addiction. Looking back at this article through that lens, I can totally see where she’s coming from.  The following is a revised, clarified version of this piece and I am grateful to her for helping me get here!

The realization isn’t enough. You have to DO something about it.

Before I got sober for good, I refused to give up the tug-of-war. I wasn’t ready to commit to sobriety as a longterm thing. There was always this niggling feeling in the back of my mind that one day in the not-so-distant-future, I could try again.

One day I would be able to have a couple beers at happy hour and be satisfied.

That’s bullshit for people like me for whom drinking alcohol “normally” is not an option.

I had to get to the point where participating in the constant relapse cycle was too painful to continue. That’s what I mean when I say the pain of caving has to hurt more than the pain of craving.

That’s what I had to give up — the hope that I would ever drink normally again.

Why Caving Causes So Much Damage

Eventually you’re going to develop a story about who and what you are and it’s not going to be a good one. Sure, each individual cave is not a total game changer on its own, but that’s what’s so insidious about it.

Each failure makes it just a tiny bit harder to turn things around. And it doesn’t seem like a big deal at the time (unless you go overboard). It’s just one order of fries. Or one cocktail at your cousin’s wedding. It’s seems a lot more innocent than it is.

That’s because the more you cave, the easier it becomes. Eventually you stop trying to fight it.

The story in your brain is that you are useless and can’t commit to anything. The reason you believe that is because you insist on proving it. Over and over and over again.

Everything becomes about tomorrow. Today I f*cked up, but tomorrow I will get it right. Except tomorrow eventually becomes today and round and round we go.

Giving Up (In A Good Way)

Caving will hurt more than craving once you reach the point where you say, “I can’t go on like this anymore” and you mean it with every fiber of your being.

You know that somehow, some way, you have to quit for good.

The question becomes: HOW?

A lot of people find it difficult to abandon their identity as a victim. I used to be one of them.

Some of us are dealing with big trauma that planted the seed early in our brains that we are somehow “less than.” We nourish that identity with every failure. The longer we try (and fail) to get our lives together, the stronger that sense of worthlessness and victimhood becomes.

The first step to NOT being a victim is to admit that you’ve been acting like one until now.

And that means you get to start playing with the idea that you actually have agency over your life. That you have the POWER to make different choices. It took me years to believe that.

But once I did, I was able to get help.

Until that point, I’d mostly just been basking in my own misery. I couldn’t stop drinking through sheer willpower so that made me a failure. For the most part, I was content to play that role.

2. Get Out Of Your Feelings

I used to stew in my feelings for days on end. Getting drunk made it easier. I hated my life, was lonely, suffering crippling anxiety, no romantic prospects, job that drove me crazy, and a lot of emotional baggage piled on my back.

Taking responsibility means stepping back and saying, “It’s time to do something. It’s time to get help.”

The opposite of taking responsibility is sitting on your couch chain smoking and slamming eight bottles of hard cider while marinating in the emotional cesspool that is your brain. Oh, and Facebook.

YOU have to intervene. You. The person that’s struggling to find air time inside that messy brain. And you really cannot do that if you spend all your time wallowing in emotions.

Leave your emotions over there in the corner to do their thing while the real you assess what is going on.

Once you do that, you’ve taken the first step towards disassociating with your emotions and recognizing that YOU are not all these raggedy feelings any more than you are an itch on your foot.

So what are you going to do about that?

That’s where counseling and recovery work come into play.

3. Work On Understanding Yourself Better

Therapy is a fabulous way to work on the ability to step outside of your emotions in order to create new ways of understanding and dealing with them.

You need to find support systems and teachers who can help you learn to recognize when you are headed for an emotional spiral and give you the tools to reverse course.

If you want to get out of this cycle of constantly being led by your emotions, then you have to be willing to learn how and do the work.

Wanting, alone, won’t cut it. In fact, it’s another way of falling back into the same old emotional trap where your feelings dictate everything you do with your life.

I used to “want” to not feel so bad and actually love myself for real. But I couldn’t force it (though I certainly tried).

It wasn’t like I could just decide to feel better or treat myself with kindness. That “wanting” was all heart and no head. It took on a life of its own. It became another form of craving.

I refused to take action or open myself up to somebody who could teach me how to do it. So I continued to function from a place of feeling.

I WANT to be sober, but it’s not working. It’s hard. I don’t like it. I’m sad, miserable, depressed, scared every single day. That’s my entire life.

But here’s the thing – it didn’t have to be. And I didn’t need to have all the answers to fix it.   I just had to be willing to listen to someone who did – to say, “You know what? I can’t do this on my own.”

A friend of mine who is in recovery and works with people in treatment said something about getting sober that I’ll never forget. “You have to be done with it.”

Maybe that doesn’t sound revolutionary, but for anyone who has struggled with addiction you know that it is.

I was never done with it. Not really.

Sure, I talked a big game, but it was mostly bullshit. In the back of my mind, I was just biding my time until I could go drink or smoke again. Even if I said I was quitting, I knew deep down I wasn’t.

If you’re still playing that game with yourself, you will likely wind up in the same vicious relapse cycle I participated in for the better part of a decade.

You have to pull the trigger.

That means going to therapy, or AA, or some other place you don’t want to be and saying, “I’m going to stay here and keep coming back because I can’t deal with failing at this anymore.”

And then watch your world crack open. 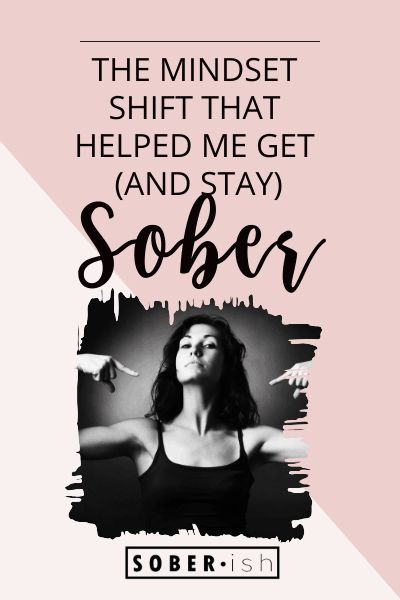 Related articles about sobriety and mindset 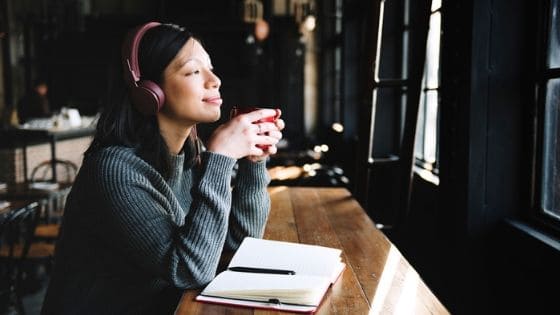 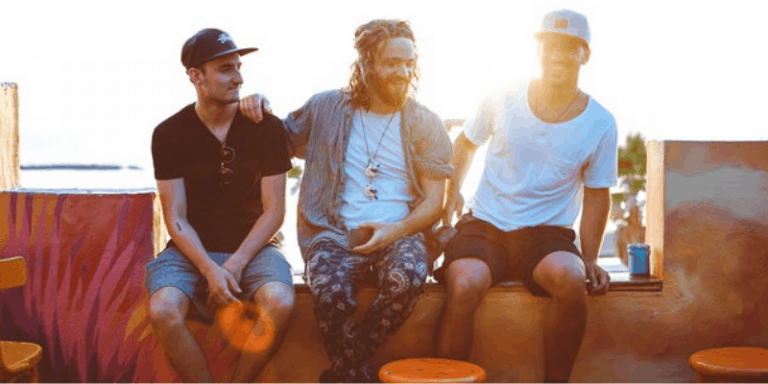 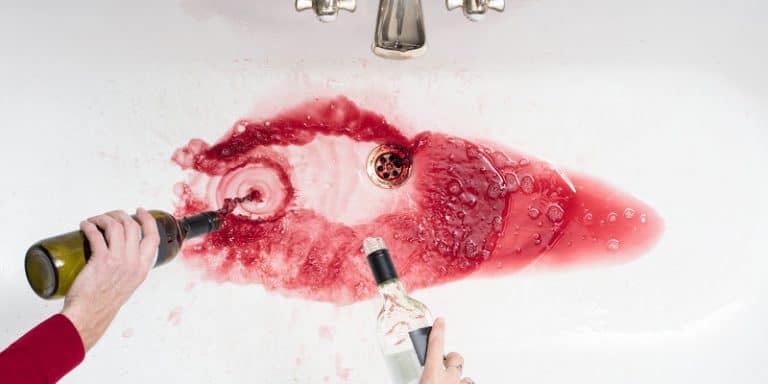 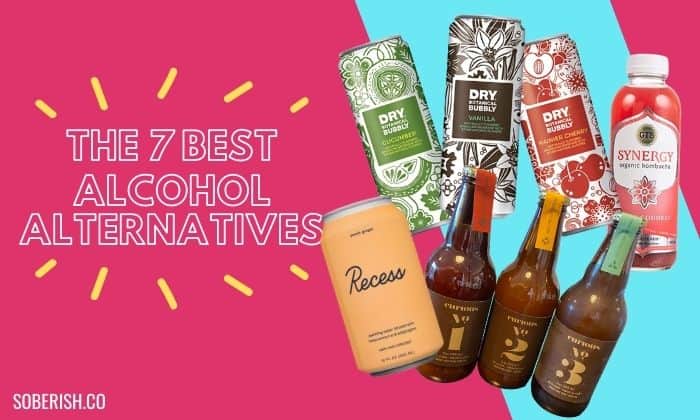 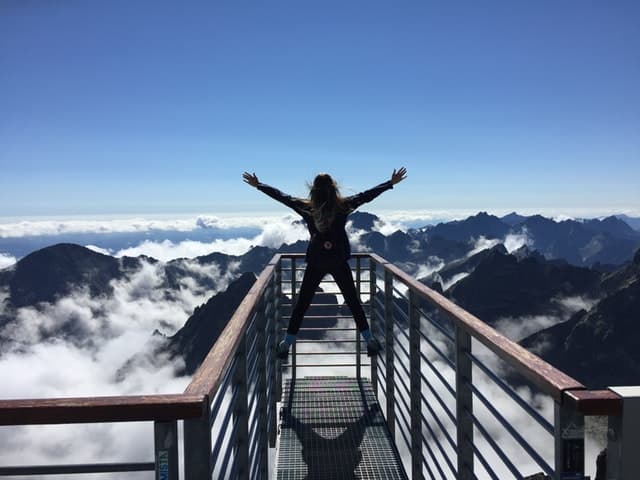 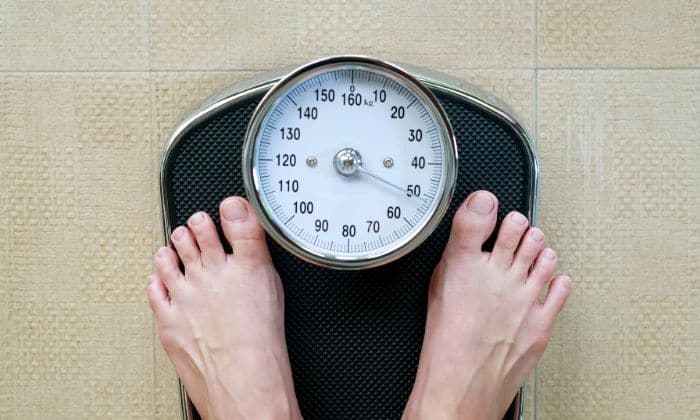