Fundamental to everything about the world of habits and behavior change is that it happens in teeny, tiny steps. Small habits are the building blocks of everything we do.

Of course, the world doesn’t appear to work that way.

Hop on social media and you are bombarded with images of before and after pictures from people who did a complete 180 and lost 15 pounds in a month. Now they’re addicted to fitness and eating right.

Have you ever looked at those posts, got inspired, and then thought, “Well hell yeah, I’m going to do that, too! Sign me up!”

I shudder to think how much money I’ve thrown at promises like that. And you know what?

Are overnight transformation stories even a real thing?

As much as I wanted to, I never woke up one day, decided to quit drinking and smoking, and then had that actually happen.

Instead, mine was a significantly less glamorous, six year carousel of trying and failing.

Same for every fitness, diet clean-up, mega-routine-overhaul, and pretty much anything that falls under the category of “doing too much at once.” Small habits and improvements? Psshhhhh. I always tried to go from 0-60 right away.

And it broke me down. Made me feel dysfunctional and weak.

That’s because we’re made to believe that we can just clean up our eating, quit drinking, or become dedicated to a new fitness routine through sheer will and motivation alone.

But that’s not how behavior change works.

Behavioral and life changes are inherently un-sexy endeavors. They’re slogs. And they happen one itty bitty change at a time.

Of course, we might not want to hear that.

Ours is an instant-gratification culture and we want to believe that everything in life works that way. When it doesn’t, we feel culpable or deficient.

My goal is to reassure you that you are not deficient or weak-minded. It is simply the nature of the beast. And if you want to hit those big life-changing goals, you have to start changing your approach.

The Power of Small Habits.

I have three incredibly smart habit gurus who I follow: BJ Fogg, James Clear, and Charles Duhigg. And they all operate under a similar framework. h

If you want to adopt a new habit, you have to start small.

Habits are the foundation of any behavioral or life change. And we all have them – good and bad. But we aren’t stuck with our habits forever if we don’t want to be.

They can be changed, just not very quickly (usually).

How to create a plan to adopt healthy habits.

James Clear has a phenomenal resource on this which you can find here. I’ll try to simplify for you and apply it to a larger context.

We have all these big, sexy goals in our head. We want to become a runner who does half marathons, or we want to be one of those people who meal preps and eats clean.

Great! How far are you from that goal currently?

Because that will determine a reasonable starting point.

Motivation and willpower are finite resources. They become fatigued. So the harder the habit you’re trying to adopt, the less likely you are to consistently follow it.

So pick something easy.

I’ll use myself as an example. I want to change my eating habits. That’s a big, broad “want”.

Now, I could head to the grocery store and buy all the green things and toss out all the bad stuff from my cupboards. Maybe invest in some of those fancy meal prep containers.

But that’s not the smartest move.

Here’s the reality: I’m not going to perfect my eating habits instantaneously.

So what are some small, easy things I can do right now to start?

It is significantly easier to add new, healthier habits than to take away bad ones. Start by adding small things that will help you get to your goal. Eventually, those healthier habits start to naturally crowd out the bad ones.

Here’s where I started:

I like roasted broccoli and Brussel sprouts. Taco salads? Kind of my jam AND there are lots of leafy greens in there.  I make sure to eat one of those per day.

Revolutionary? No. But it’s something to build upon which is what big changes are about. Tiny habits and wins stacked one on top of the other leading to wherever it is you’re trying to go.

Once you get into a rhythm with your one easy thing, find more easy things to add. Make sure you consider your pace of change. Too much, too fast is a recipe for disaster.

These are not temporary additions. They are permanent things you need to be able to sustain for the long haul.

Eating roasted broccoli is easy for me. I love it. That slightly charred goodness from the oven? I will happily choose it as a snack. So that’s an easy win for me.

I don’t love things like cauliflower rice or “zoodles” so trying to incorporate that into my diet would be painful (and not last for long).

Identify more small, easy things that can help you get to your goal.

My favorite breakfast peanut butter and jelly toast. Delicious, but inevitably, I would have a sugar crash mid-morning, which made me reach for a can of caffeine.

I needed a better breakfast.

So I tried overnight oats, which I had wrongly scoffed at in the past. They were absolutely delicious. The best part? I stayed fuller longer, got some much-needed fiber, and didn’t experience any more mid-morning blood sugar crashes.

After I quit drinking alcohol, I developed a voracious sweet tooth. My main source of sugar? Soda. I have struggled so much with this problem.

I tried cutting it out cold turkey and became a bit of a monster with debilitating migraines. So I approached it from the other angle.

What can I add to my life that will make me want soda less?

Making sure I eat my greens has helped. I feel fuller and my blood sugar doesn’t drop on a dime.

But I needed a good substitute for the soda itself.

When looking for substitutes, make sure they’re easy ones that you don’t mind adopting. Swapping out soda altogether was too much for me, so I started easier.

I found something I enjoyed to sub the first soda of my day.

Sparkling water makes me want to gag and the La Croix’s of the world taste like somebody spat out a half-eaten jolly rancher into a can of seltzer.

Also, there was this pesky business of finding something that doesn’t also have a ton of sugar (looking at you San Pellegrino).

Through trial and error, I found things that I actually enjoyed drinking that ticked the box for fizzy, sweet, yumminess: kombucha and Zevia sodas.

My big goal right now is health. I need to eat better and lose about 8-10 pounds. Maybe you have the same goal. Whatever your goal is, what are some easy wins you can quickly adopt into your existing routines?

Pick something and attach it to a behavior you already do every day.

Here’s an example: let’s say you want to start a push-up habit. Cool. What’s something you do every day? Shower? Brush your teeth? (you better say, yes!)

Tack some push ups onto one of these habits. Every day before I get into the shower, I’m going to drop down and do five push-ups.

And then commit to doing it every day.

Here’s another example of an easy win. If improving your health is something you’re trying to do (aren’t we all?), add a multivitamin into your routine.

Tack it onto something easy and obvious, like a meal.

In a world that glorifies hares, be a tortoise.

Who is more likely to find long term success?

The average person who plans to go from completely sedentary to working out 45 minutes per day on some program? Or the person who decides to get into fitness and dedicates five minutes every morning before his shower to exercise?

You may be thinking, “What good does five minutes of exercise do?”

Well, it’s better than nothing! But more importantly, it’s how you start to build a fitness habit. That five minutes will gradually turn into 10 minutes. Before you know it, you’ll be knocking out 20-30 minutes of exercise every day.

And it will be easy for you because you built the foundation. It becomes a part of your routine just as seamlessly as brushing your teeth and bathing.

Sure, this method will not set you on the path to be a 30-day or even 90-day success story, but you will get something even better in return.

You get to actually change for good.

And isn’t that the goal?

Let’s say you want to lose 50 pounds. That isn’t going to happen in six months without some serious sacrifice and a bunch of will-testing changes all at once.

You are not likely to sustain that kind of lifestyle.

And since you know that going in, you can give yourself a reality check. It looks something like this:

Hey, I have a lot of weight to lose. And I wish I could do it quickly, but that’s not sustainable. So I’m going to take this thing piece by piece, start small, and in 12-18 months, I’ll have the weight off and the habits I need to keep it off and continue being healthy.

Tiny, small steps are the building blocks for change.

Ignore whatever rapid transformation anyone else is trying to sell you. They don’t work for most people.

Chip away at old habits and start to integrate tiny, healthier ones. Eventually, you will transform. But you want to do it in a way that sticks.

What will be your easy win this week?

Go out and make it happen!

Resources To Help You Change Your Habits

Here are the books I humbly recommend everyone read. They’ve changed my life for the better and I believe they can do the same for you. 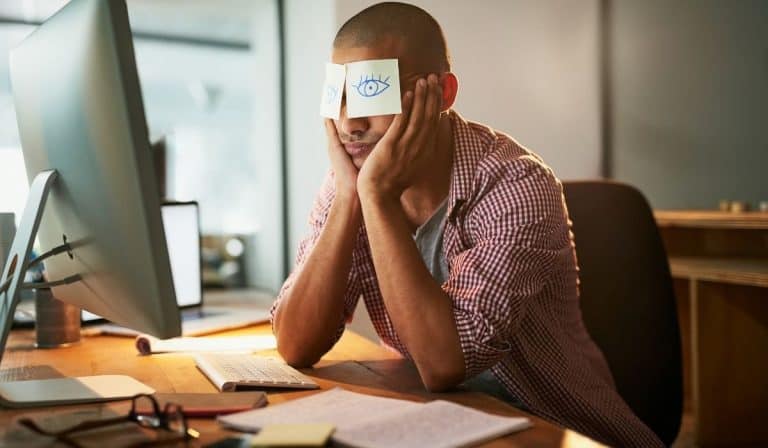 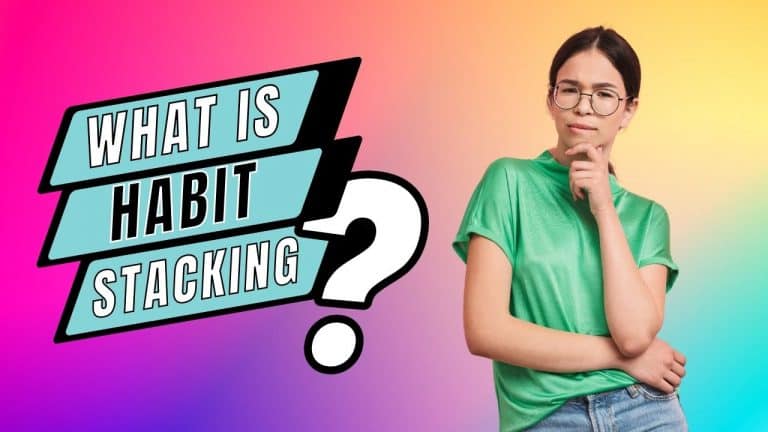 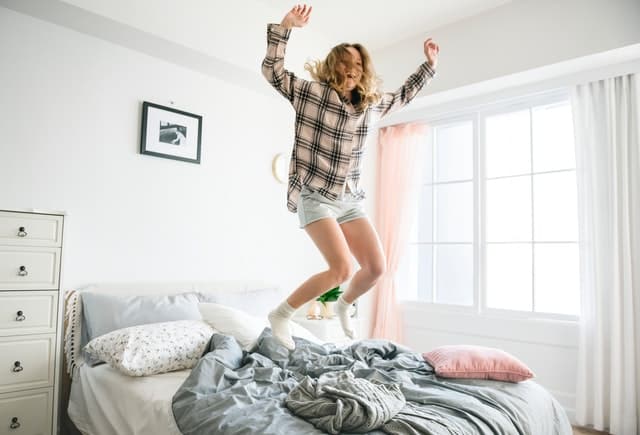 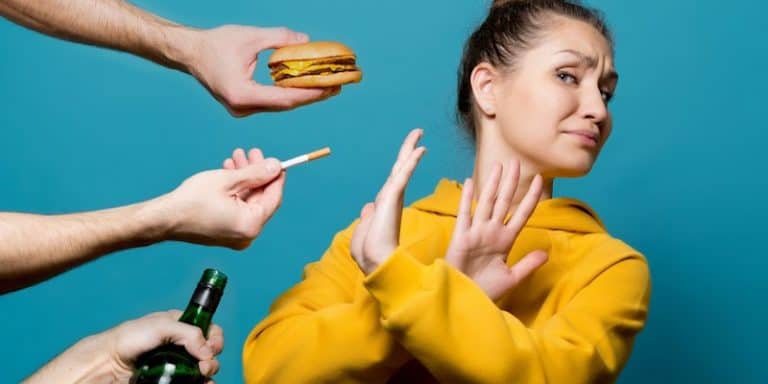 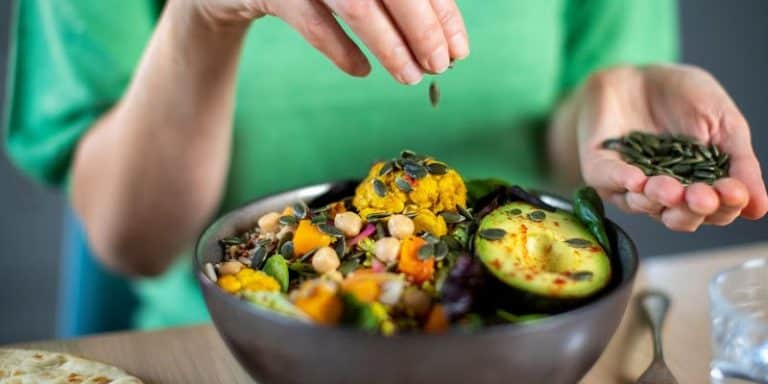